Missouri Federal Prosecutor Jeffrey Jensen, previously nominated by President Donald Trump in 2017, was picked to handle the investigation. In January Gen. Flynn’s lawyer moved to withdraw his guilty plea for making false statements to the FBI about his communications and conversations with former Russian ambassador Sergey Kislyak. 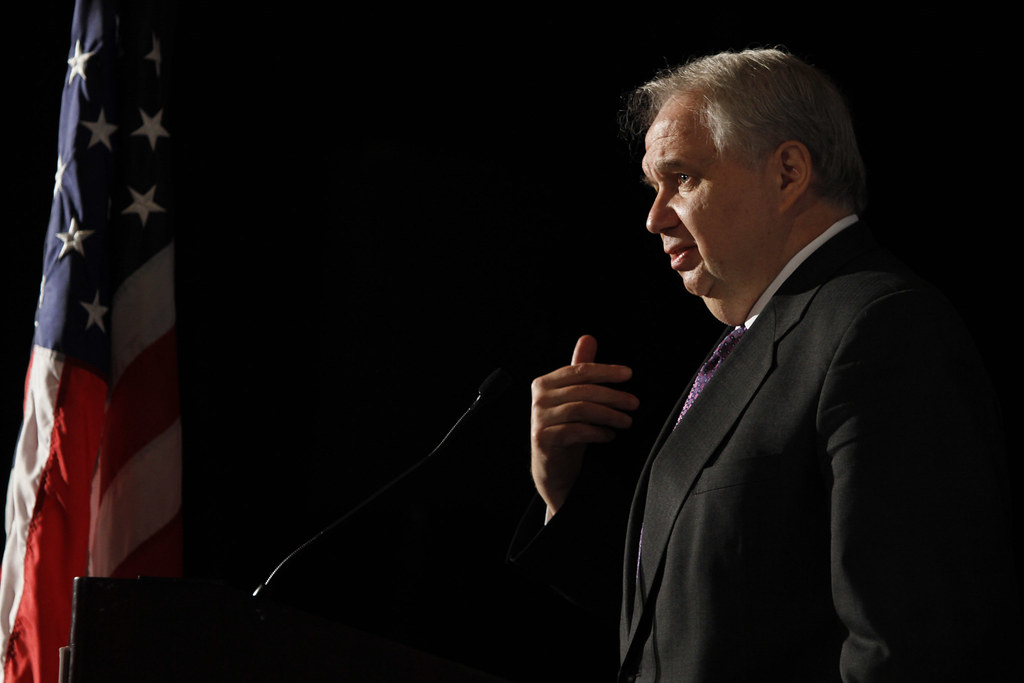 “Keynote Sergey I. Kislyak, introduced by Omar Vargas” by USRBC is licensed under CC BY-NC-SA 2.0

Flynn attorney Sidney Powell argued, “because of the government’s bad faith, vindictiveness and breach of the plea agreement.” Plus added, “The prosecution has shown abject bad faith in pure retaliation against Mr. Flynn since he retained new counsel,” “This can only be because, with new, unconflicted counsel, Mr. Flynn refused to lie for the prosecution.” In addition to, “Justice is not a game, and there should be no room for such gamesmanship in the Department of Justice.”

His defense team told, “Michael T. Flynn is innocent. Mr. Flynn has cooperated with the government in good faith for two years. He gave the prosecution his full cooperation.” “Michael Flynn” by Gage Skidmore is licensed under CC BY-SA 2.0

USA Today reported a source said Jensen’s review is not to be considered an attempt to undermine Flynn’s prosecution. The insider claimed, “This should not be taken as a signal that there is an investigation of the prosecutors. They are working together.” That being Brandon Van Grack, who is lead prosecutor.

This follows the DOJ stirring up widespread controversy by essentially butting into Roger Stone’s case earlier in the week. Which led to a minor spat between Barr and Trump.

As the president went on Twitter and addressed this matter: “The real crimes were on the other side, as nothing happens to them. Cannot allow this miscarriage of justice!” Opinions now generally split on the guilt of General Flynn. With those tracking largely along party lines.

California: Bullies attack Asian American teenager at a high school, accuse him of having coronavirus