President Donald Trump took his campaign on the road again this time to Toledo, Ohio. As the president spoke at length about affairs both domestic and abroad last night.

On the topic of impeachment he argued, “I did nothing wrong.” Adding that,“They don’t even know what the hell is going on. In fact, it’s so weak. She doesn’t want to put in the articles. It’s so weak. They’re so pathetic.”

Trump mocked [Speaker of the House Nancy] Pelosi (D-CA) by saying she’s “not operating with a full deck,” and House Intelligence Chairman Adam Schiff (D-CA.) as “you little pencil neck” and “He buys the smallest shirt collar you can get, and it’s loose!” 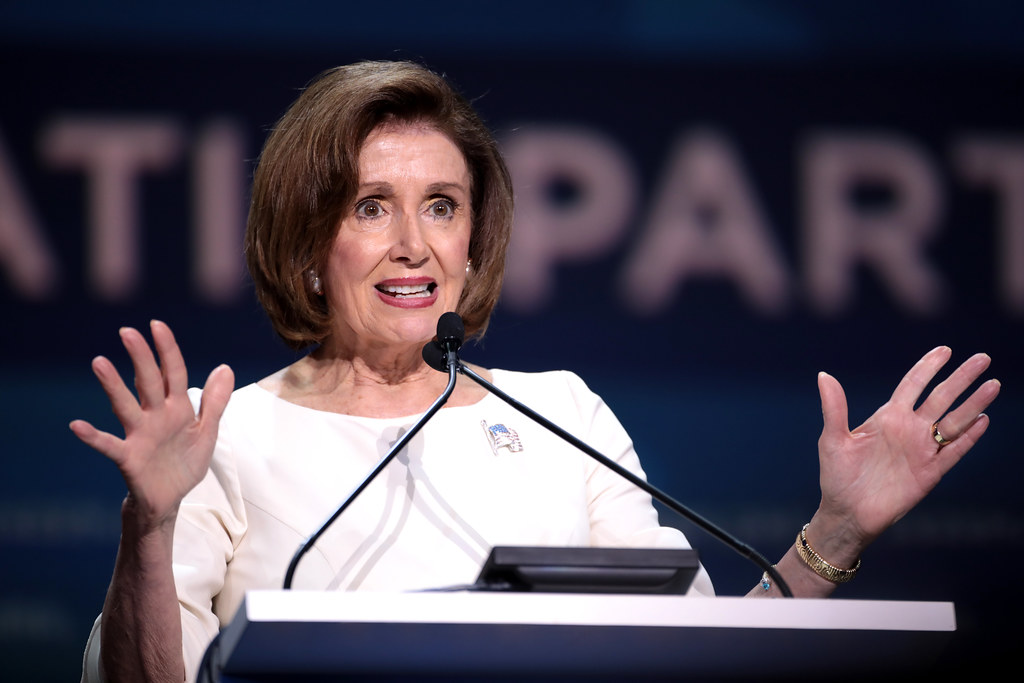 “Nancy Pelosi” by Gage Skidmore is licensed under CC BY-SA 2.0

In regards to fallen Iranian General and Quds Leader Qassem Soleimani “He was a bad guy,” Trump added, “He was a bloodthirsty terrorist, and he’s no longer a terrorist. He’s dead, and yet now I see … the radical-left Democrats have expressed outrage over the termination of this horrible terrorist. And you know, instead they should be outraged by Soleimani’s savage crimes and the fact that his countless victims were denied justice for so long.”

“So we seek friends, not enemies,” Trump told the crowd in the 8,000-seat Huntington Center on Thursday. “But if you dare to threaten our citizens, you do so at your own grave peril.” 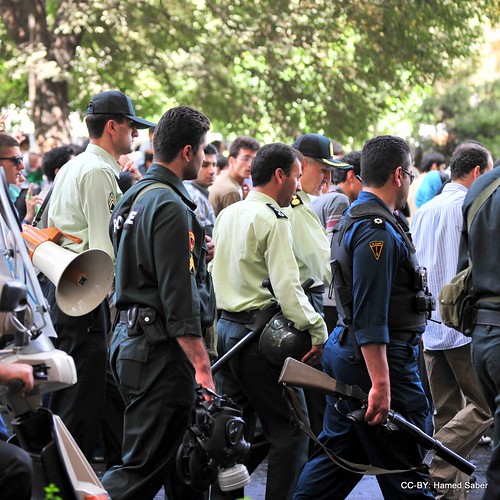 Then speaking of ex-Vice President and Democratic rival Joe Biden, “As soon as sleepy Joe became vice president, right, he made millions of dollars a year.”

Trump claimed, “Ukraine took care of him. How about China? He walked out with 1.5 billion to manage and he never did it before, he didn’t know anything about oil and gas, he was making a fortune.” 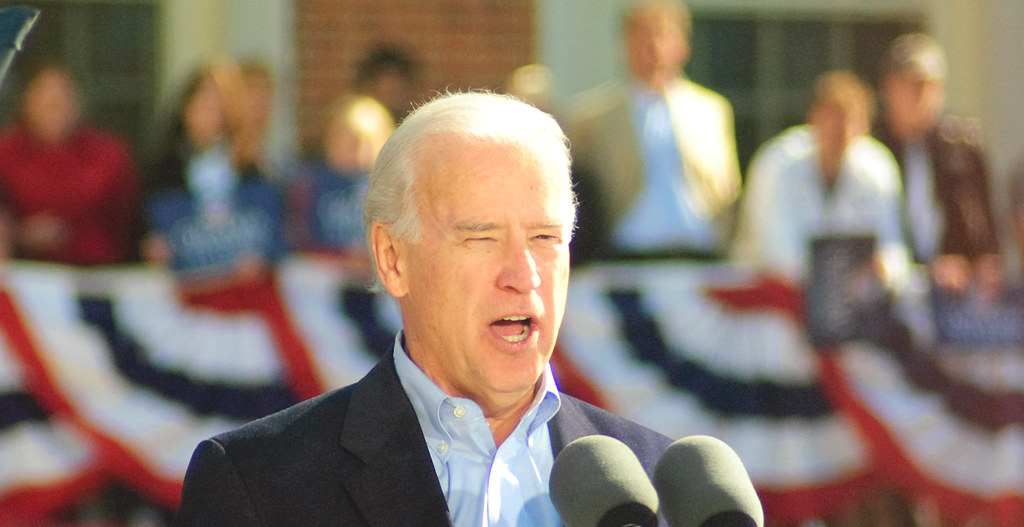 “Joe Biden at Wake Forest University” by kyle tsui is licensed under CC BY 2.0

Plus name checked Biden’s troubled son Hunter. “So, where’s Hunter? Where the hell are you, Hunter?” He continued, “But I’ll tell you, I sort of hope it’s Joe, because he will hear ‘Where’s Hunter?’ every single debate, nine times a debate.”

President Trump touched on a pending U.S. trade deal with China. “We’ll sign that terrific and fully enforceable Phase One trade deal with China,” he assured. “And again, we’re keeping the tariffs on because we’ll use that for another one. We are taking billions — you remember what I said: We’re not paying for it, because China devalued their currency and they put a lot of money into the pot. We’re not paying for it. And now they’re starting to say, I guess he was right.”

Trump’s campaign credits him with helping bring 94,700 new jobs, including 14,700 manufacturing jobs, back to the state.