Donald Trump Jr. announced on Instagram Friday night he had tested positive for covid-19. Even so, he still appeared to be in good spirits under the circumstances. Trump Jr. is reportedly quarantined in his upstate New York cabin. And posted, “Got the Rona🤬. I’m totally asymptomatic.” Then added, “Going to give it a couple days of quarantine and follow the protocols then get retested in case it was a false positive as I feel and have felt totally fine.” Beyond that, the president’s first born son made light of the situation.

He went on camera and quipped, “I think you can tell I probably look OK for me. It’s never going to look great, but at this point, at 42, I only work with what I have, I don’t have the red eyes like they claimed I had for apparently using cocaine prior to my RNC speech.” This coming after he was the subject of rumored drug use. 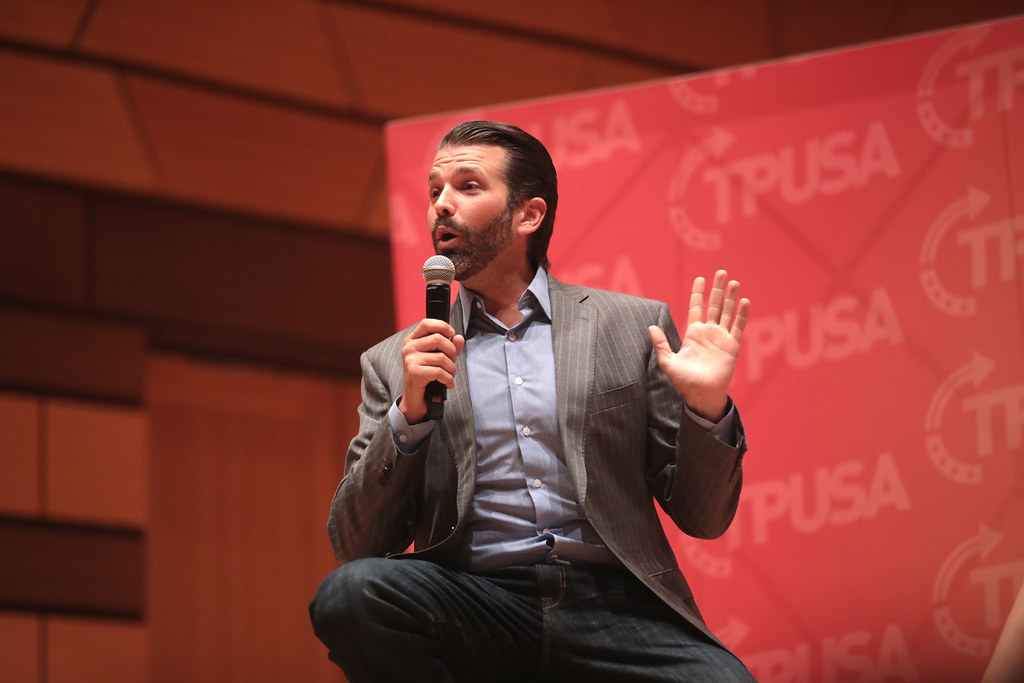 In addition he declared, “That is the world of the internet. God knows I troll, and do my fair share of it, so I guess it comes back to me, in time, as well. That’s the game.” Quite a philosophical take there. Trump Jr. is Executive Vice President of Development & Acquisitions at the Trump Organization.

Trump Jr. even asked for Netflix and e-book recommendations. “There are only so many guns I can clean before I get bored.” Well that about sums it up there. Yet he did look somewhat worse for wear. Which follows a hectic run on the campaign trail. In related news, former New York City Mayor Rudy Giuliani’s son Andrew also contracted the virus, it was disclosed Friday. The aide to Pres. Donald Trump was in attendance at his father’s wild press conference a day before. As Giuliani the elder gave an update on Pres. Trump’s efforts to appeal election results.

No rest for the wicked.

Kayleigh McEnany heckled during press briefing ‘When will you admit you lost?’