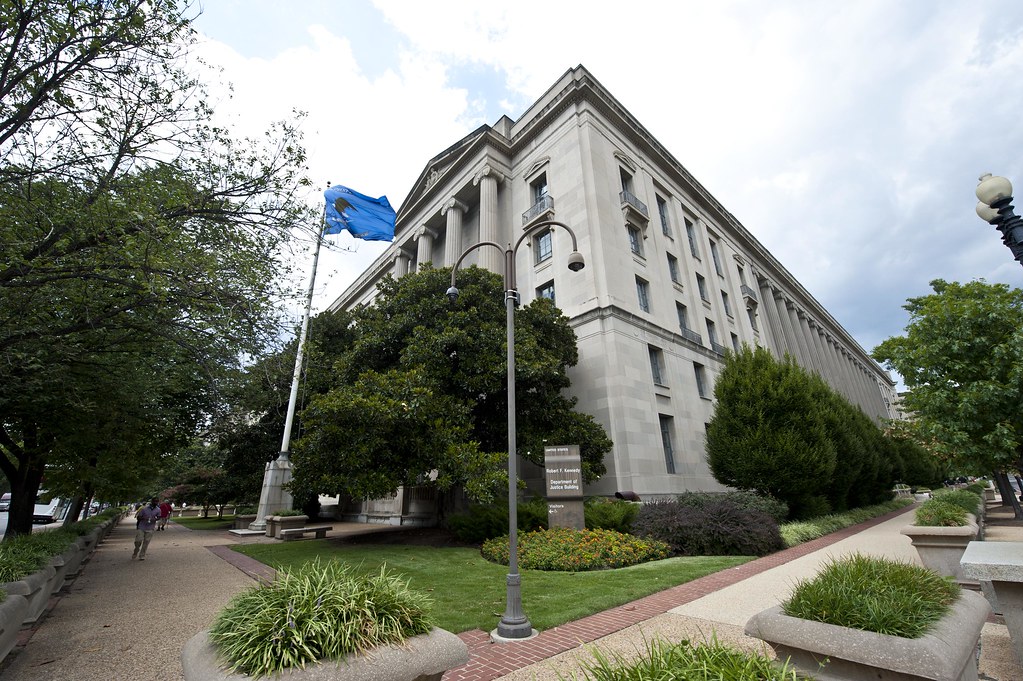 “Dept_of_Justice_01” by US Department of State is licensed under CC BY-NC 2.0

A New York Times piece on Thursday told regarding:

unclassified emails of American officials that the Russian government had previously hacked, including at the White House and State Department.

An index of the messages compiled by the unnamed foreign ally showed that they included emails from President Barack Obama as well as members of Congress. Mr. Obama’s White House counsel, W. Neil Eggleston, decided that investigators should not open the drives, citing executive privilege and the possibility of a separation-of-powers uproar if the F.B.I. sifted through lawmakers’ private messages.

Mr. Durham has interviewed F.B.I. officials and agents who worked on the bureau’s Russia investigation, called Crossfire Hurricane, and for the special counsel who took over the inquiry, Robert S. Mueller III. They have also interviewed C.I.A. analysts.

Mr. Durham and his team also interviewed around a half-dozen current and former officials and analysts at the National Security Agency, including its former director, the retired Adm. Michael S. Rogers, last summer and again last fall. The Intercept first reported the interviews of Admiral Rogers.

If this is true, Russians possibly hacked the White House, State Department and obtained emails of members of Congress.  Beyond all of this damage, what followed may even be worse. Reportedly President Barack Obama’s administration wasn’t letting the FBI see them to determine Russian meddling what information in those messages could have been compromised and how to protect or guard against that happening again.

“State_Department_07” by US Department of State is licensed under CC BY-NC 2.0

When asked for his thoughts Brennan expressed, “It’s kind of silly,” And pivoted with, “Is there a criminal investigation now on analytic judgments and the activities of C.I.A. in terms of trying to protect our national security? I’m certainly willing to talk to Mr. Durham or anybody else who has any questions about what we did during this period of 2016.”

As he concluded, “It clearly, I think, is another indication that Donald Trump is using the Department of Justice to go after his enemies any way he can.” Diedre Wilkes: Georgia hospital worker with coronavirus found dead at home with her 4-year-old child by her body