A top aide to President Donald Trump has been shielded from questioning at a House of Representatives oversight hearing this week. As Politico reports:

Rep. Raja Krishnamoorthi (D-Ill.), head of the Oversight Economic and Consumer Policy Subcommittee, issued a staff report in late July that argued the administration vastly overpaid Philips Respironics, agreeing to a $646.7 million deal without even trying to negotiate a lower price.

The congressman announced in a letter to HHS Secretary Alex Azar, “The Subcommittee on Economic and Consumer Policy requests documents and information relating to the ventilator contracts recently terminated by the Department of Health and Human Services (HHS).” 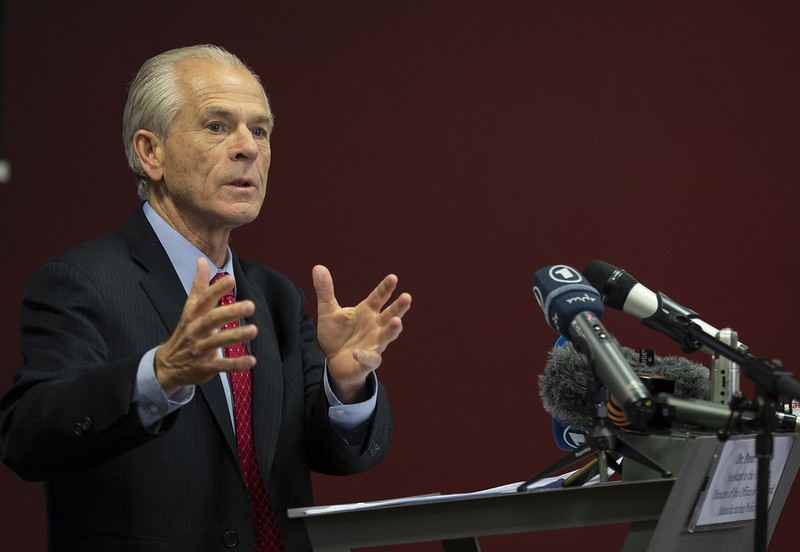 Plus added, “On July 31, 2020, The Subcommittee issued a staff report detailing the failures of President Trump’s assistant, Peter Navarro, in negotiating a $646.7 million ventilator contract on HHS’s behalf with Philips Respironics.”

Then declared, “HHS took an important step by publicly acknowledging and remedying hundreds of millions of taxpayer dollars-worth of waste, fraud, and abuse.”

In addition, “However I now need to ensure that the waste of taxpayer dollars on these ventilator contracts is truly addressed.” And stated, “The Committee on Oversight and Reform is the principal oversight committee of the House of Representatives and has broad authority to investigate “any matter” at “any time” under House Rule X.”

Krishnamoorthi told, “Despite the astonishing scale of this waste, the loss of more than 190,000 lives and his willingness to appear on the cable news shows of his choice—Mr. Navarro refuses to appear before Congress to answer for his actions.”

But Deputy Counsel to the President Michael Purpura had expressed, “I write regarding your letter inviting Peter Navarro, Assistant to the President for Trade and Manufacturing Policy to testify at a hearing of the Subcommittee on Economic and Consumer Policy September 16, 2020.”

Beyond that, “In accordance with long-standing Executive Branch precedent that presidential advisers generally do not testify in Congress, we respectfully decline the invitation to make Mr. Navarro available for testimony before the subcommittee.”

He also argued, “As you know, administrations of both political parties have consistently declined to make members of the White House staff available to testify before congressional committees and subcommittees, a practice that is rooted in the constitutional separation of powers.”